This is a strain of cannabis that could well be described as being super loud.  The 70:30 Indica/Sativa strains ratio makes it well balanced as a great relaxant.  The strain does have a strong odor, something that does justify the royal name that it carries.  It used to be a practice of the European royals to announce themselves by using strong perfumes of the day.  The Kind Louis strain is heavy scented while at the same time does manage to come out as being fresh.

One of the most noticeable parts to this particular strain of marijuana is that it does have the deep green color inter spaced with the whites that provide a delicate balance to the leaves.  Users of King Louis XIII often experience a deep calm and tranquility which is why this strain is one of the more preferred methods to bring about sedation.  Slow to act, the Kind Louis strain does last a while as compared to its nearby cousins.

Few people would be aware that there are indeed medicinal uses for cannabis.  Increasingly societies have been getting to legalize the use of medicinal marijuana but with strict controls being exercised on the possession and the use of the same.  Often in some of the very extreme of medical conditions, it is the salutatory effects of the cannabis that score over the negative perceptions that the product brings to people’s minds.

With 70 percentage Indica dominance, the Kind Louis strain is expected to bring on a strong sedative effect.  This is a preferred method to treat acute cases of insomnia.  It can be used to control the extreme depressive states for the euphoric state that it creates in the user.  The powerful nature of the strain does mean that the best effects can be achieved with just the bare minimum quantity of the cannabis.

Some of the more prominent uses of the King Louis XIII strain of medicinal marijuana are discussed in brief below.

-High sedation. The produce does act quickly after the introduction to the person.  Most people experience deep relaxation as well as a pronounced sedative effect.  Thus, making it one of the most preferred methods to induce sleep.  There is a fast onset of the full effects of the marijuana which helps those seeking fast-acting produce.

-Euphoria. Most of the people that use the product would experience a pronounced euphoric impact most of the time.  This makes it suited to use the strain in treating cases of depression and social inhibitions.  But the long-term use is not advisable at all as it then becomes rather hard to take leave of.

-Relieving pain.  King Louis XIII strain is effective in controlling pain in people.  Often the thoughts that lead to painful experiences are also controlled effectively too.  This strain is mainly known to be used in handling the acute pain that is associated with the terminal illness like cancer and the likes.

-Muscle spasms. People that do have the twitching muscles that can take on uncontrollable forms at the time, find great relief in the use of the Kind Louis strain of cannabis.  Not only is there better control of the condition but more importantly, those affected are provided fast relief on most of the occasions. 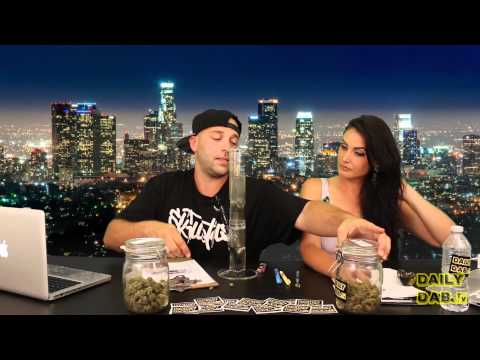 The dosage and times of use of the medicinal cannabis do vary with the effect that it seeks to bring to the stricken.  Thus the night time would be the most convenient time if treating insomnia, and a more spread out dose is preferred in the more physical conditions being handled.

One of the key takeaways of using cannabis is that the effects of the product on people vary on a case to case basis.  Thus discretion should be exercised when using the cannabis and never under any kind of self-medication.  A trained professional would be the best source of information as well as the best use of the marijuana.

Most of the people that do use the cannabis regularly do pick out a particular strain.  This has to do with the characteristic of the preferred family of the product.  It should be noted that the king Louis XIII does have some overwhelming features that make it the product of choice too.